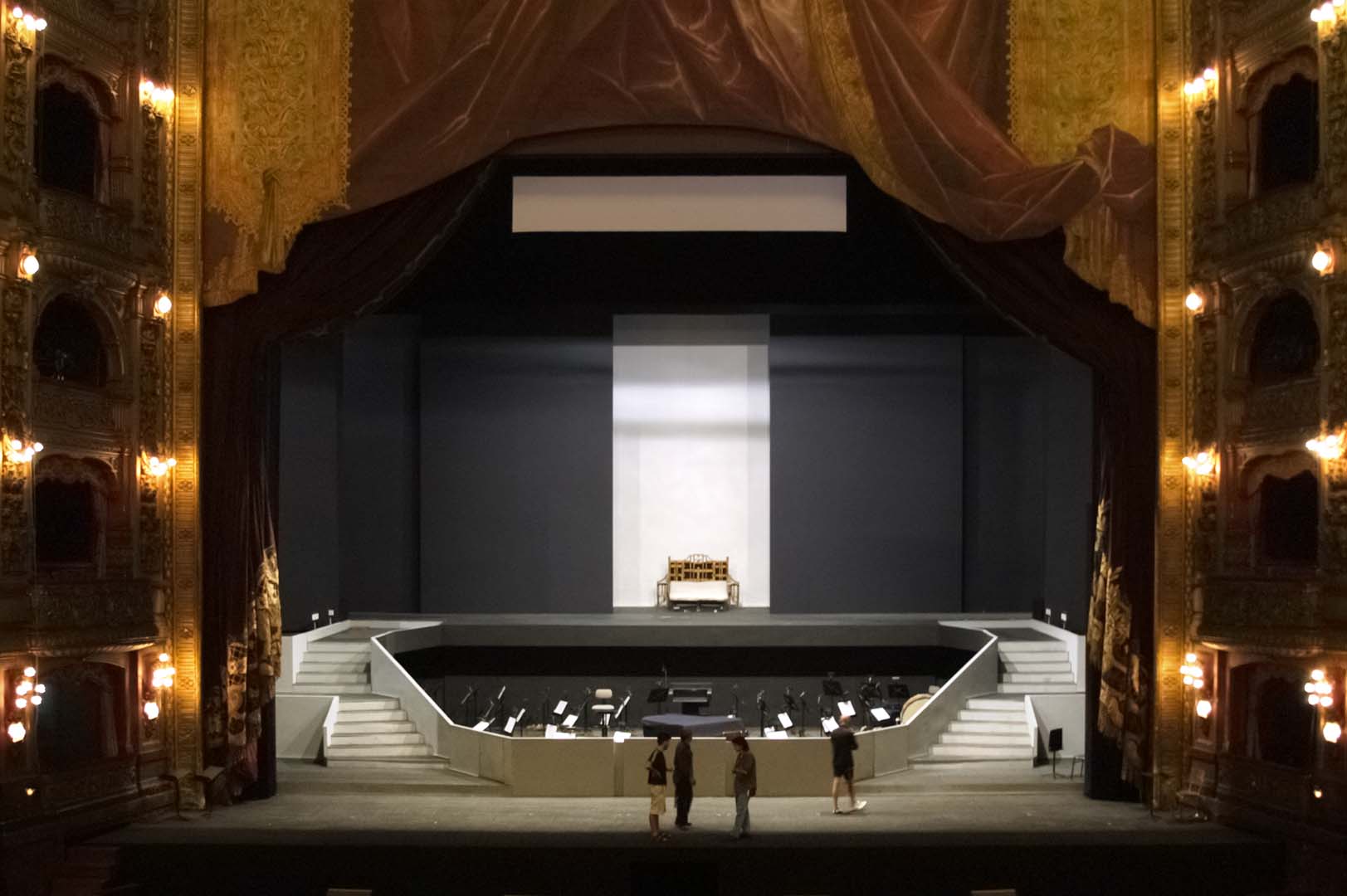 With the contribution of technology

The creative production is full of visual elements

Katherina is not called Lady Macbeth because she conceals an ambition for power, but for her need to love and be loved. Just like the tragic Shakespeare heroine, she too resorts to crime to achieve her aim. However, the English author was more pitiful and covered his lady’s last days of life with a veil of insanity; on the other hand, Nikolaj Leskov, the writer of the novel on which this opera is based, is not so benevolent with his anti-heroine. Even though Katherina also passes through a state of delirium, has to face scorn, being abandoned and jealousy before taking the tragic decision to commit suicide, she does so in a clear-minded premeditated manner.
On this drama, Šostakovič composed the opera and Sergio Renán created a production with impeccable aesthetic resoluteness. With the contribution of Tito Egurza, he resorted to just a few scenographic elements: an oval structure in the centre of the stage enables to position the conductor and the orchestra, integrating them in the set in an extremely successful manner. Two side stairways surround the oval, forming a second platform, on which there is a large double bed, the only furniture on stage. However, there is much more: the involvement of technology.
In this extraordinary production of “Lady Macbeth of Mtsensk”, the technical solutions used are extremely appropriate and achieve effective results. The astonishing virtual images projected were created in collaboration with Sergio Metalli and, taking shape, enable to create three-dimensional blocks with various textures, present gigantic images of a very sensual woman, design a delirium scene with large spirals and form skies of various colours. Television is also used to simultaneously screen the conductor, the leading lady and part of the chorus at several points in the show.
As well as the design of the actual set, brass players are also spaced along the stairways, playing small parts of the opera. This idea has less effect when repeated, above all because the musicians, carrying their instruments, no longer have the physical disposition to do so in a harmonious manner. Nevertheless, their participation is very effective from the point of view of the sound when the musicians take up position to play in the aisles of the theatre.
At that point, the audience perceives that the music takes on another dimension. This is one of the most successful ideas.
Another is the scene in the police station, staged on the top platform, where Renán creates a very attractive third level of action. The lighting, designed by Egurza, plays a fundamental role and here again Roberto Traferri, with the luminous resolution, is particularly successful in creating atmospheres. The final scene is particularly outstanding, when the white light creates a magic splendour that is hard to describe.
With her costumes, Renata Schussheim managed to capture the atmosphere of the original novel, dressing the protagonists in tones of winter nuances, keeping colours for the wedding scene and red for the leading lady and her surroundings.