Along the Silk Road at Baalbeck's Festival 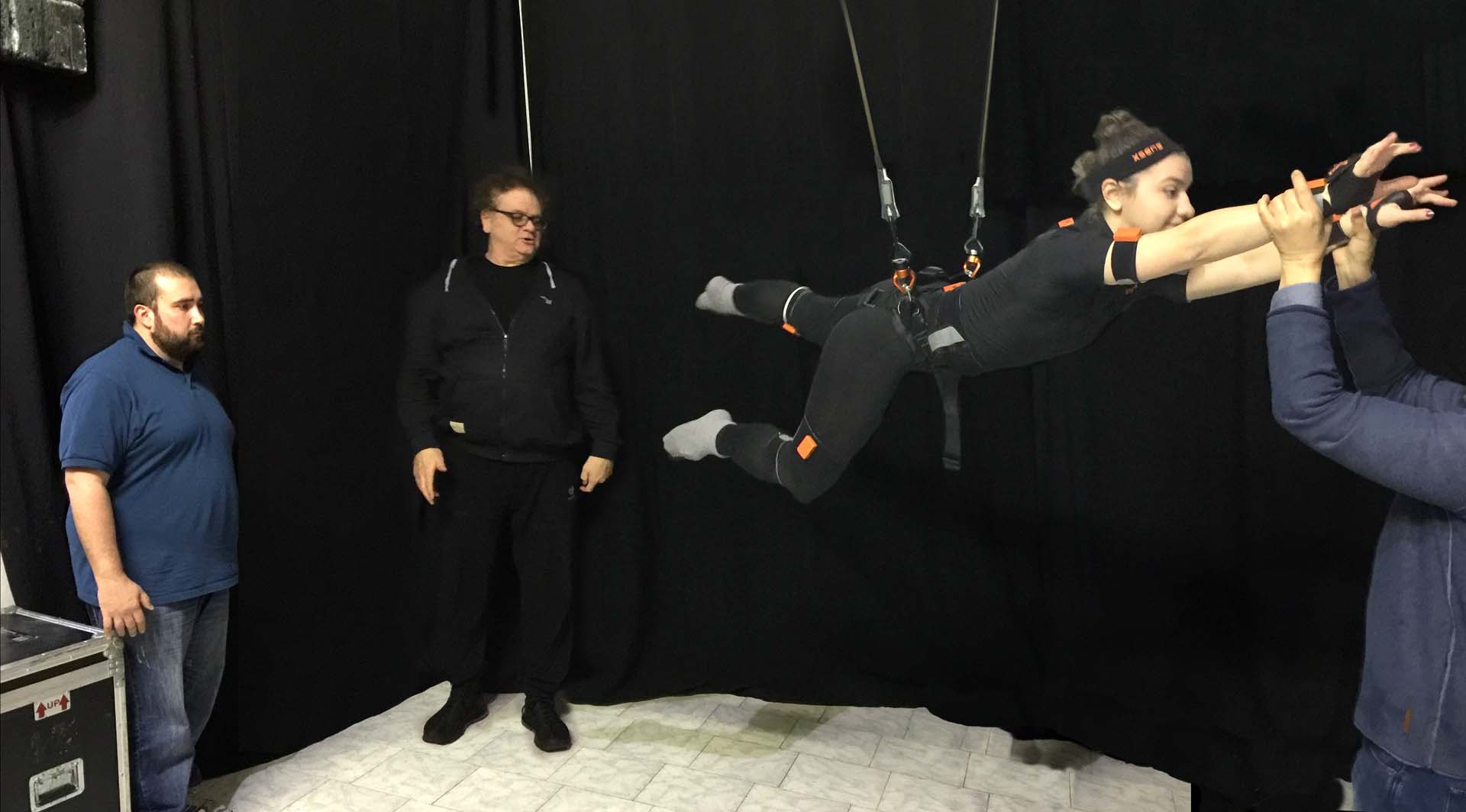 The virtual worlds of Sergio Metalli

Increasingly international, the latest scenographic work by the Rimini projection designer includes underwater eagles and an astrolabe for navigating through time

The virtual scenery created by Rimini projection designer Sergio Metalli is increasingly sought-after worldwide and recently his creations played a key role in two particularly important shows.
At the National Centre for the Performing Arts, he participated in a production that featured two “firsts”: the first performance of a Czech opera (Dvořák’s Rusalka) in China and the first use of 3D video projections in an operatic context, created by Metalli, his son Mattia and the graphic specialists at Ideogamma studios.
Working on the content for almost three months, the team created the underwater world inhabitated by the Water-Goblin’s daughter, Rusalka, and the other water sprites: a seabed with an apparently endless perspective. Metalli then populated the depths with anemones waving in the currents, butterflies, fish, sharks and even eagles (the last of which got a big ‘Oooh!’ from the audience, when they seemed about to fly out of the screen).
The second highly original show was entitled “Along the Silk Road”, and inspired by the Silk Road and commissioned from Caracalla Dance Theatre by the Baalbeck International Festival (Lebanon) to celebrate its sixtieth anniversary. Staged in front of the ancient Roman temple of Bacchus, it featured a cast of approximately 180 artists: 30 Mongolian dancers, 19 Indian artistes (dancers, musicians and singers), 5 Iranian performers and the company’s Lebanese dancers.
Here again, Metalli’s projections played a fundamental role in the story, which radically changes history (a central role is played by Yemenite navigator, Almirante (Ahmad b. Majid al-Najdi), chosen as a navigator by Vasco Da Gama. The man introduced an Arab instrument for navigation … the compass (which Metalli replaced with a fascinating astrolabe).
The route started from Baalbeck, reached the Phoenician capital of Byblos, before continuing to Alexandria (Egypt), then arrived in Muscat and Kolkota, continued into Southern China, then on to the ancient capital, Xi’an, and Beijing, at the Emperor’s court in the Forbidden City. Lastly, it crossed the Taklamakan Desert then arrived in Samarkand, Isfahan and Shiraz.
During months of passionate research, Metalli took elements of the civilizations met along the route, personalizing them and assembling them into a series of objects and environments that, although fruit of his imagination, were convincingly realistic (tribal rugs, valleys of temples, etcetera).
Thanks to the success at Baalbeck, the show will continue with an international tour, which is currently in the development phase.