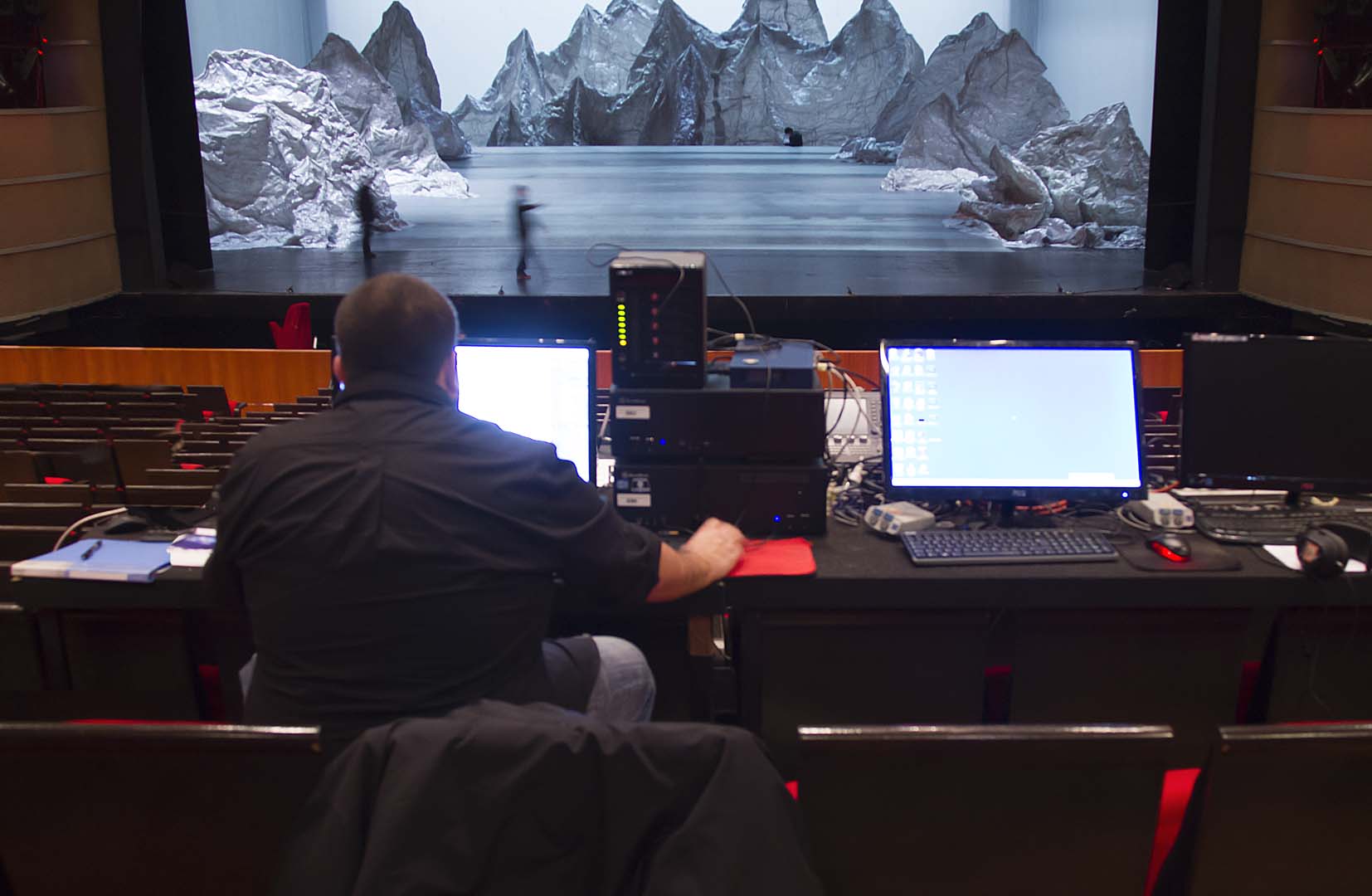 The Rimini men who took snow to China

They work with the National Centre for the Performing Arts

An Italian creative team made up of the staff of Rimini’s Ideogamma studios and Tuscan lighting designer Vinicio Cheli was commissioned by Beijing’s prestigious NCPA (National Centre for the Performing Arts) to work on the production of a new opera taken from a famous sixties Chinese film, “Visitors on the Snow Mountain”.
The opera is a story of espionage and is based on the culture of the Tagik people of the province of Xinjiang during Mao Tse-tung’s epic period.
Ideogamma and Cheli were entrusted with the task of creating the various atmospheres of this important work; the former with the virtual scenography of founder and projection designer Sergio Metalli, and Cheli with his lights.
With the studios’ sophisticated software, Ideogamma’s designers created the content to be projected. Daytime and night skies, storms and snow avalanches, passing clouds and crystalline glaziers were animated in 2D, while a majestic eagle (symbol of courage and freedom in China) soared high thanks to 3D animation.
Once the images had been prepared in Rimini, Metalli and his son Mattia flew to Beijing, to adapt them precisely to the set of the centre’s main theatre.
A total of eleven powerful high definition video projectors were used for projections on the backdrop, two large side screens, on the set’s floor, on the mountain and on an enormous scrim in front of the proscenium. Greatly sought-after by theatres all over the world for his creations, Metalli had already worked on other important NCPA productions and, following the Chinese opera, returned to Beijing with his team to contribute to a huge new NCPA production of Aida, directed by Zubin Mehta, with set design by Ezio Frigerio and costumes by Franca Squarciapino.
Metalli is particularly proud of the work for the Chinese opera, as he explains: “Composed by Lei Lei, the daughter of the composer of the film’s soundtrack, Lei Zhenbang, it is a masterpiece very closely linked with Chinese traditions, and regards one of the nation’s ethnic minorities so, for us Westerners, being asked to take part in the production was an honour and a demonstration of great trust.”
After five performances in Beijing, the show moved to Shanghai and will soon be staged in other Chinese cities.