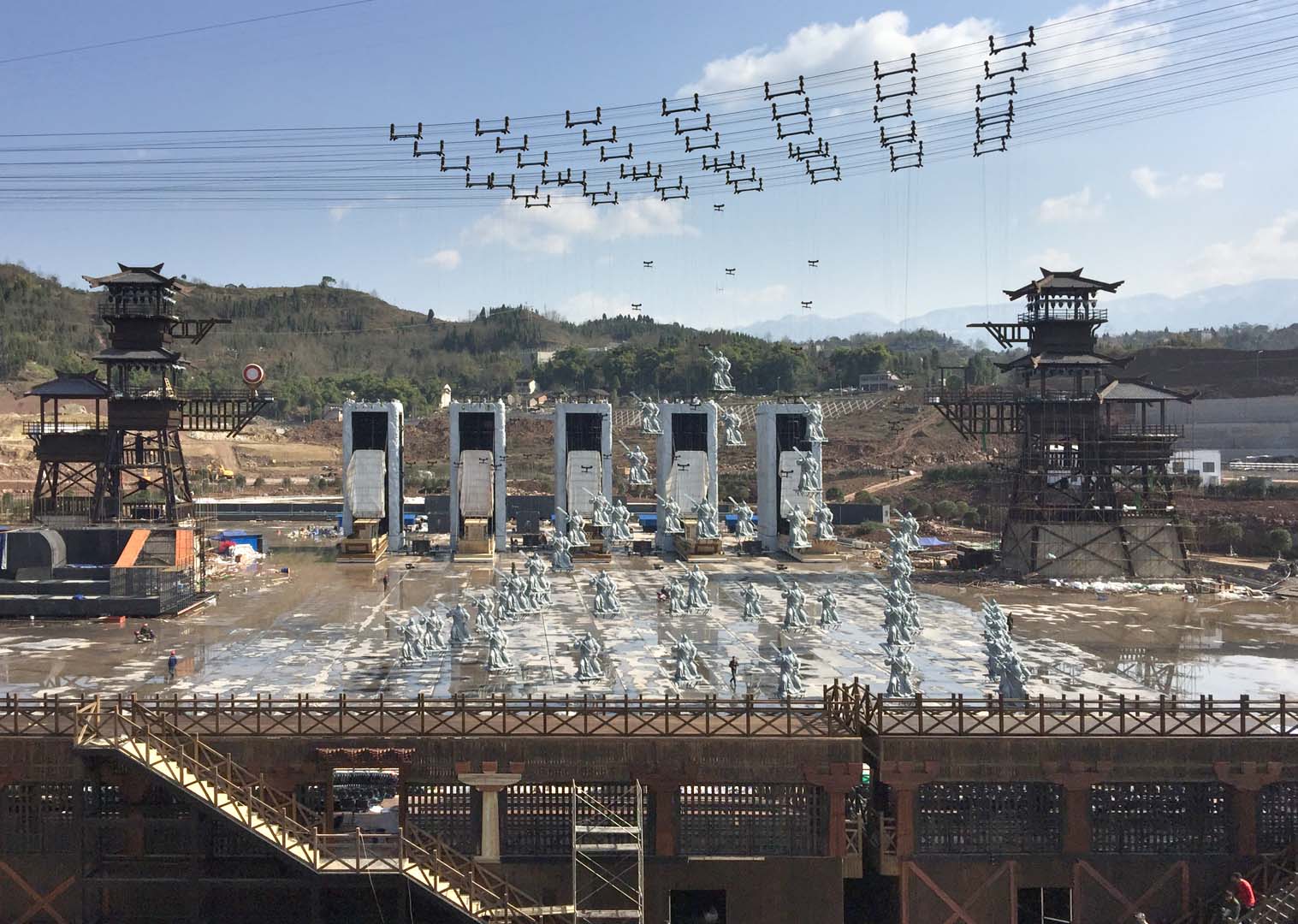 The man from Rimini who has conquered China

Sergio Metalli has realized the world’s most impressive theatrical show

A Chinese Iliad,
it is 2 AD, China is divided into three kingdoms: Wei, Shu and Wu. Great leaders, ruthless heroes and kings with inflexible ambition contend for the empire.

The dawn of the Chinese empire is described in the Chronicles of the Three Kingdoms, which became The Romance of the Three Kingdoms (one of China’s 14th century classics), had a cinematographic evolution in 2008 with the film by John Woo, Red Cliff. The epic Chinese story, something similar to our Iliad, has become one of the most important theatrical shows ever realized, “certainly the largest outdoor show with water scenes ever created in the world”, which should run for twenty years. The Homer of the situation in this case is a wizard of virtual set design from Rimini.

The Rimini artist and the sand general.
For Sergio Metalli, founder of Ideogamma studios, headquartered in Rimini, working in China is not exactly something new. “I’ve worked for four years with the National Center for the Performing Arts in Beijing, which, to put it simply, is a huge location, with a 2,500-seat opera theatre and a concert hall seating over 2,000, not to mention the other theatres, standing in an area of 200,000 square metres.
“I was called in by them, to realize this epic story, which Chinese people know from their childhood.”
Actually, the entire village of Zhong Xian, near the city of Chongqing (an urban agglomerate with 8 million inhabitants that governs a province of almost 30 million citizens), is taking part in the project.

“The fascinating thing is the project’s grandeur. There is talk of approximately 200 actors/acrobats and 50 marvellous young black horses transported from Northern China. The scenery is a really overawing, a great project: we’ve being thinking of it for over two years. We’ve brought in highly sophisticated professional skills.

I’m talking about the 3D animation of some characters. Digitally created generals made from ice and sand appear, with snakes’ heads, like an immense fantasy. The show is further enriched by videos shot in Beijing, where we went for about ten days. The show’s ‘first night’ will be in mid-April and, as far as I’m concerned, the work’s finished.” However, Metalli’s epic story continues.