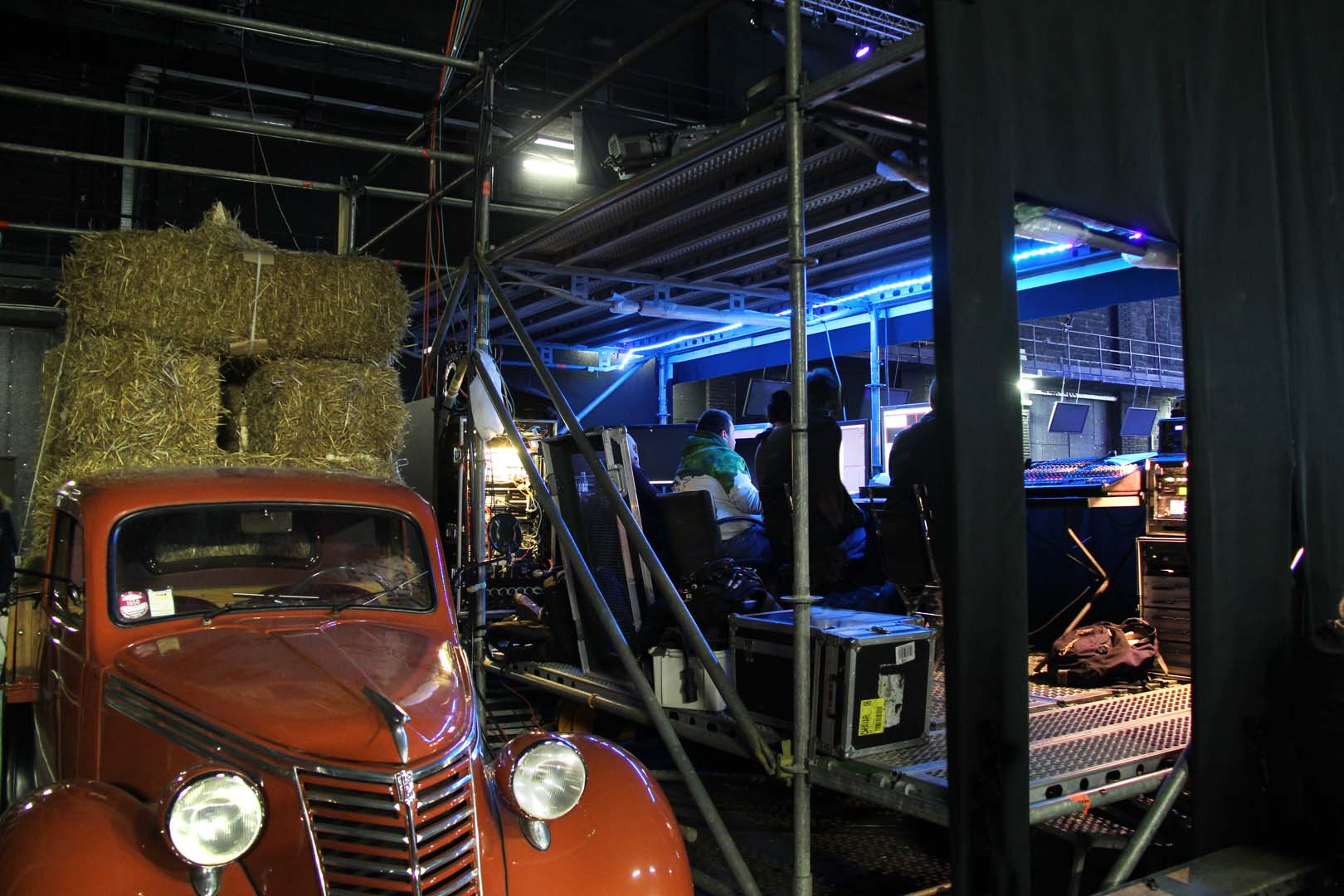 “Metalli’s “Oceano Adriatico” – more than a touch of Fellini

This week, before returning to the Astana Opera with his creations for “Swan Lake” and then continuing to Beijing for “Il Trovatore”, the Romagna creative artist was a member of the production team for the show “Oceano Adriatico”, written and directed by Raffaele Curi, for the Alda Fendi Foundation’s annual “Esperimenti di Quaresima” (Lent Experiments). This year’s show (the ninth Metalli has contributed to) was staged in Theatre 8 at Studios, once the legendary De Paolis film studios in Rome.
The creative team included the great three-time Oscar and BAFTA winner Dante Ferretti, who has particularly close ties with Rimini. Ferretti contributed with the segment entitled “Dante’s dream”, the dreams and memories of a boy who doesn’t have the money to go to the open-air cinema screening of Federico Fellini’s I Vitelloni, but later becomes one of the world’s top scenographers.
Regarding the show, Curi says: “’Stolen’ from childhood days, the precious memory of summers and endless ecstasy swimming with the imaginary mermaids… dreams and possibilities, with a first and second part and an ending: the great film of our lives. But it is also a Jungian journey through memories, analytical, cruel or discharged second thoughts, from an age that we lose or retain for the rest of our lives: “I put my childhood in my pocket and went ahead, because it was all I had”, “I put my childhood in my pocket once more and go ahead, because it is all I have.” The video contents created by Metalli for the show (which contains more than one tribute to Fellini) were projected on a large main screen by eight powerful projectors and by two others on the theatre’s side walls.
Among the content produced by Metalli for this dreamlike view of the past, a lamb, which was the symbol of a popular fifties brand of Italian soap powder, followed across the screen by row after row of packets of the detergent. The large monitors alongside the audience screened scenes from the author’s life (with Gian Carlo Menotti, Man Ray, Federico Fellini, Dante Ferretti, Vittorio De Sica, Alda Fendi, etc.) and, on the main screen, the view from the window of a train travelling up the Adriatic coast.
The virtual ocean, on which a liner similar to the Rex (the huge liner in Fellini’s Amarcord) sailed, was populated by mermaids and a myriad of jellyfish, which changed into hot-air balloons flying skywards.
The kids tried to watch I Vitelloni (Metalli processed original footage to adapt it to the unusual projection format), but their view was obstructed by a ’50s Fiat pickup that drove through the audience and across the stage. In the finale, winter arrived on the ocean shore and an elderly lady on stage turned her back on the audience, opened her umbrella, and walked away under the snow…. which began to fall softly on the audience. Metalli was enthusiastic about the production: “Even if my work takes me all over the world, this show, with such close ties with my home town and its sea, was particularly enjoyable and gratifying from both a professional and personal point of view.”