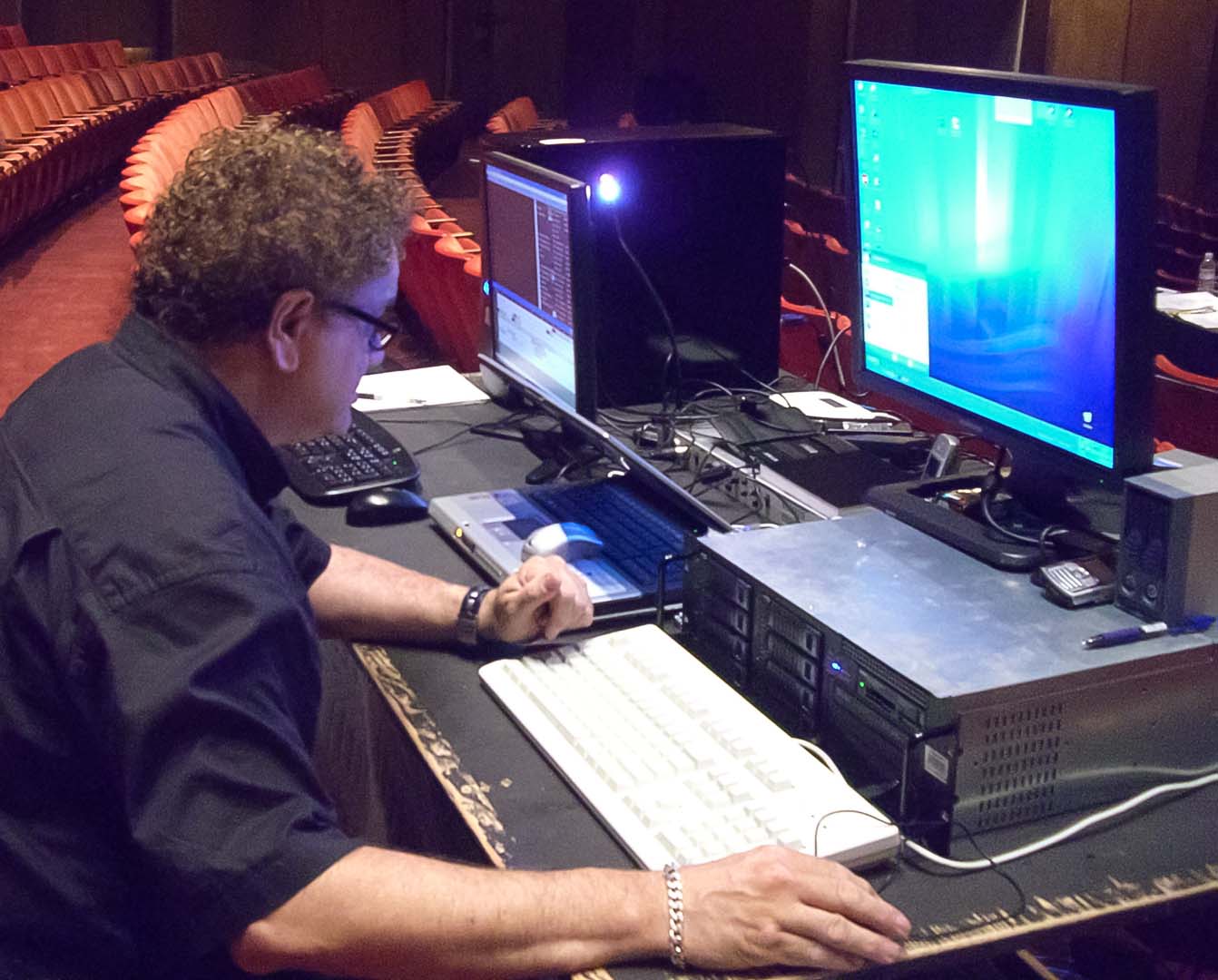 The show that inaugurated the 2007/2008 season at Los Angeles Opera had several unusual features: as far as the music was concerned, it was Beethoven’s only opera, Fidelio and, from the production point of view, was a triumph for the Italian creative trio – the famous director, scenographer and costume designer Pier’Alli, lighting designer Guido Levi and Ideogamma’s Sergio Metalli, a master in the creation of virtual sets. The third peculiarity regards precisely the last of these, as this show marked the debut of full-HD video projections in the prestigious Dorothy Chandler Pavilion.
Levi and Metalli had already worked together in the past, for example on a Macbeth at Macerata’s Sferisterio, and Levi said: “It’s always marvellous to work with Sergio, but this time was particularly wonderful. In Valencia, we worked for fifteen days with a set and some extras, preparing the content to be projected. Sergio, his son Mattia and I constructed everything and, thanks to Sergio’s facilities, we were able to view the content in real time, deciding if any changes were required. I illuminated the set so that the projections matched the action on stage. The results were seen on stage and, for example, the whole of Act 2 is based on lighting and projections: the extraordinary thing is that the stage disappears – spectators don’t understand where the real set ends and the projected one begins, which makes everything wonderfully intangible.” Levi disagrees with the idea that lighting designers’ work is conditioned by projections: “In this case it was the exact opposite, thanks also to the projectors’ power” .
Another commonplace, disproved by the Fidelio production, was that opera fans are always reluctant to accept the use of technology in “their” shows, as was confirmed by Jeff Kleeman, head of Los Angeles Opera’s technical team: “The results achieved were extremely good and the brightness and resolution were the best that many members of the technical production team had ever seen. All the reactions I heard were extremely enthusiastic, the audience understood perfectly that the projections had been created and integrated with great care. I also think the use of projections will be a catalyst for more extensive integration of high-tech equipment and traditional hand-built scenery.
Sergio and Pier’Alli worked closely together from the outset on this production’s concept, precisely to harmonize this aspect. This effort produced a seamless result, which left many spectators wondering where the projections stopped and physical sets began… this type of approach is incredibly exciting!”
Indicated by both experts and in the enthusiastic reviews by the US press as the point with the highest visual impact, in Act 2 the projections and lighting dragged spectators down into the dark depths of Florestan’s cellblock, passing through an ominous pathway of torture devices, encroaching walls, and chains.