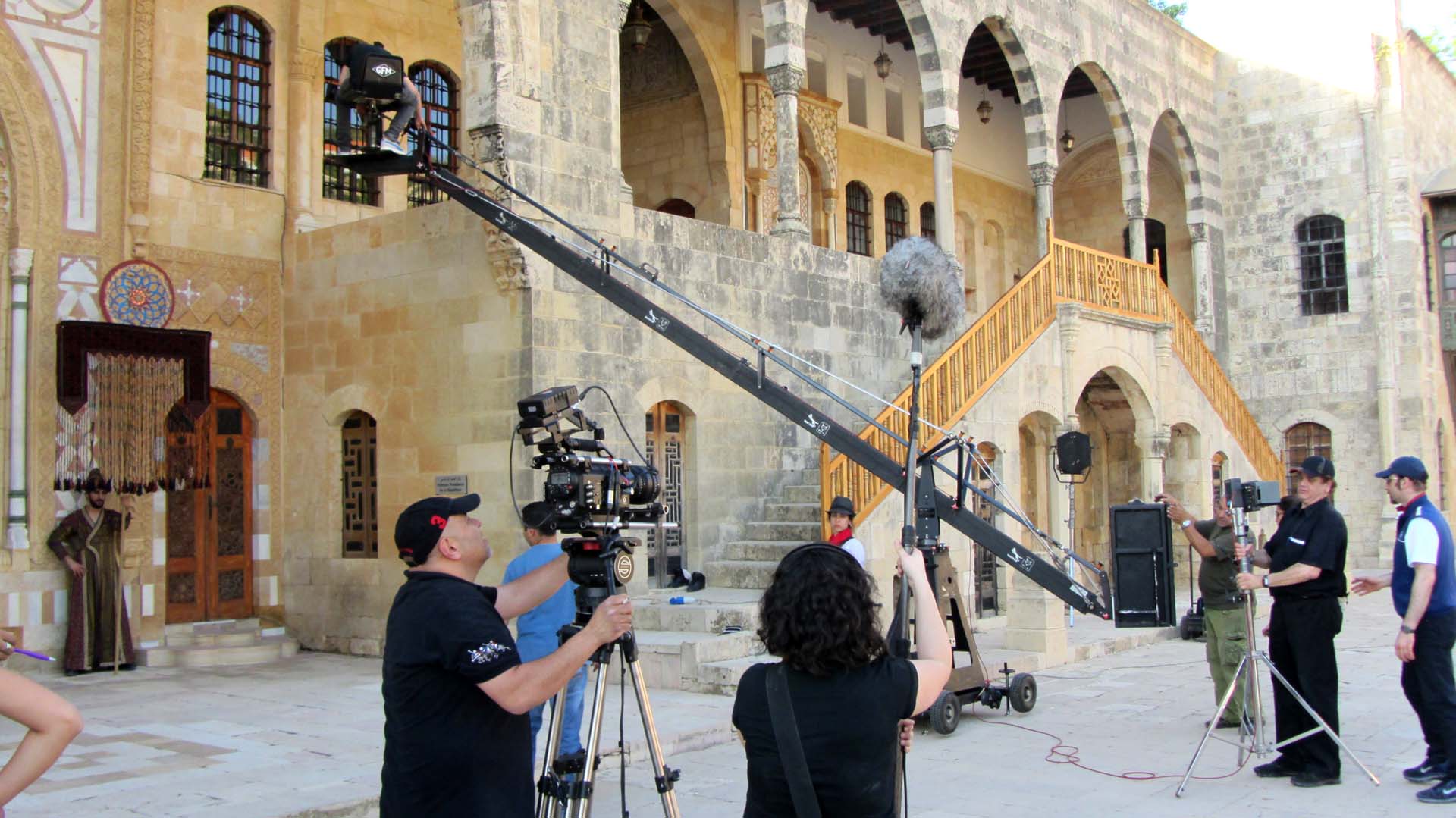 The creative production is full of visual elements

The Beiteddine Art Festival, launched in 1985, is one of the Middle East’s leading festivals and is held in a magnificent large 200-year old Palace in the Chouf Mountains, in Lebanon.
This year’s events included the return of Lebanon’s Caracalla Dance Theatre, with the world premiere of “Kan Ya Ma Kan” (Once upon a time), a highly original fusion of Scheherazade, Bolero and Lebanese folklore. What further highlighted this enchanting production was the live performance by the Lebanese Philharmonic Orchestra, under the baton of Harout Fazlian.
The new show, realized and directed by Caracalla’s son Ivan, was a co-production by the Festival and the Caracalla Dance Theatre, with choreography by Ivan’s sister, Alissar, and featured 75 performers (dancers, actors and singers), plus 80 orchestra members and a technical team of approximately 30.
Caracalla called in an Italian creative production team: set designer was Luigi Marchione, lighting designer Gianni Starapoli, sound designer and engineer Giancarlo Gennaro and visual effects were by Sergio Metalli, founder of Rimini’s Ideogamma studios.
For the Caracalla musical, Marchione designed an impressive (43 metres wide, 24 metres deep and 15 metres high) set on the stage built specifically for the show, as was the tiered seating in the large courtyard. During the spectacle, the set was transformed into a bazaar, an odalisque market, a harem, a royal court for a coronation and various other areas of the royal palace.
The Ideogamma video team, led by visual director Sergio Metalli, included his son Mattia Metalli and Sorin Voicu, responsible for special effects and post production work.
The projectors used at the Beiteddine Art Festival were eleven Sanyo XF 47 15k ansi lumen units and a Christie Roadie 25k HDTV model, used with eleven Dataton Watchout players and an editor. Each of the four Sanyo 15k flown from two truss bars at the side of the set projected on a rotating screen nine metres high and four wide (the projections only covered six metres of the screens), mounted on a central pivot to enable them to be rotated into three preset positions.
The video footage projected was all shot by the Ideogamma team over a total of ten days on-site at the Beiteddine palace prior to the show, using equipment that included a Panasonic AJ-HPX3000 HD camera, an 8-metre jimmy jib and a Cinema Products steadicam and, after meticulous on-site post-production work, the final content was projected on the show’s complex screen set-up.
After the musical’s run, Metalli enthused regarding the end results, “The show was a great success with the audience and the festival’s organizers asked us to do an extra night with a 4000-strong crowd – it was really fantastic!”